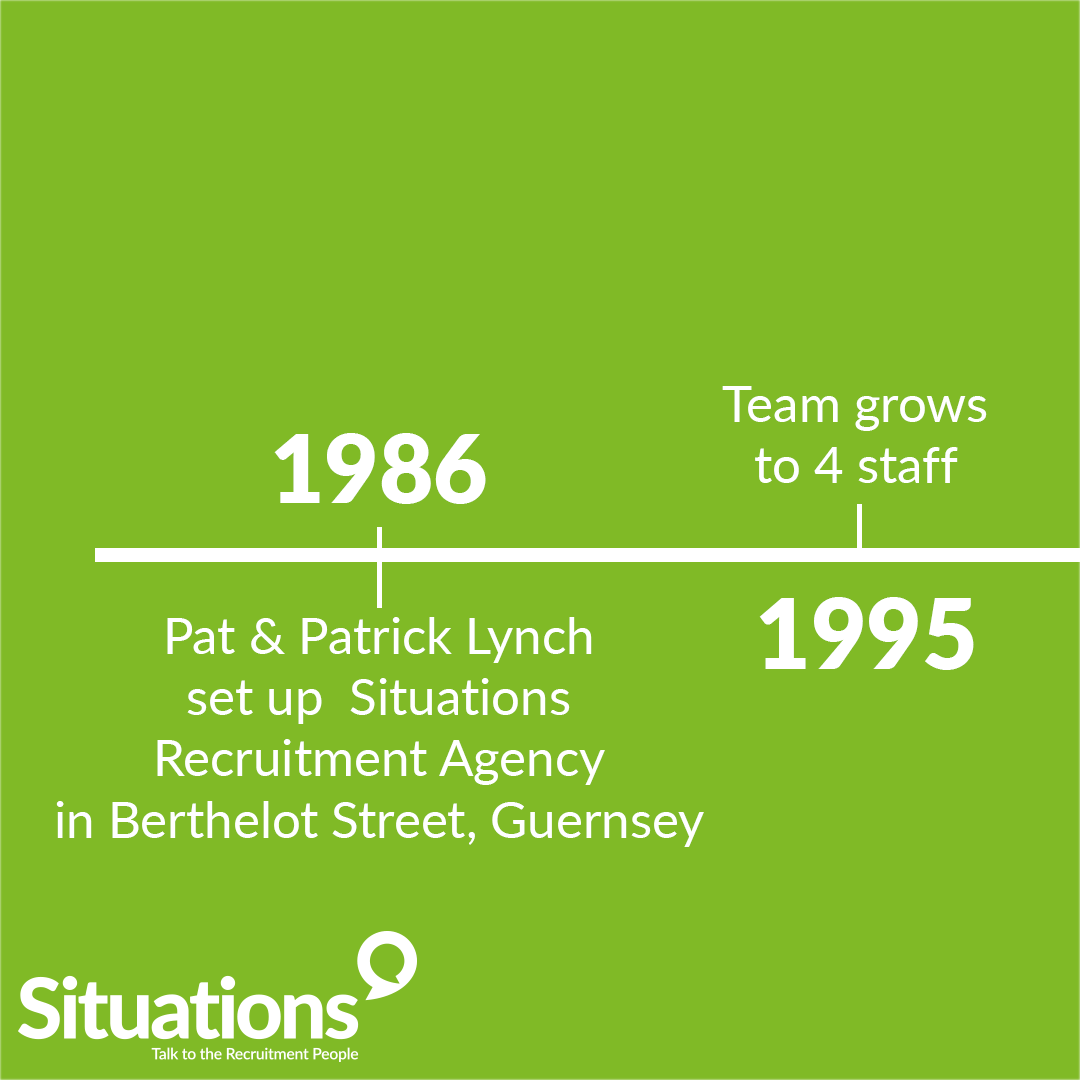 Pat and Patrick founded Situations Recruitment in a small office in The Maze, Berthelot Street in April of 1986; Pat having had experience working for a UK recruitment agency.  They ran the business just the 2 of them for a good few years, both being very hands on.

By around 1995, the team had grown to 4 staff with the addition of another Consultant and a Receptionist, so they moved to larger offices upstairs in The Maze. 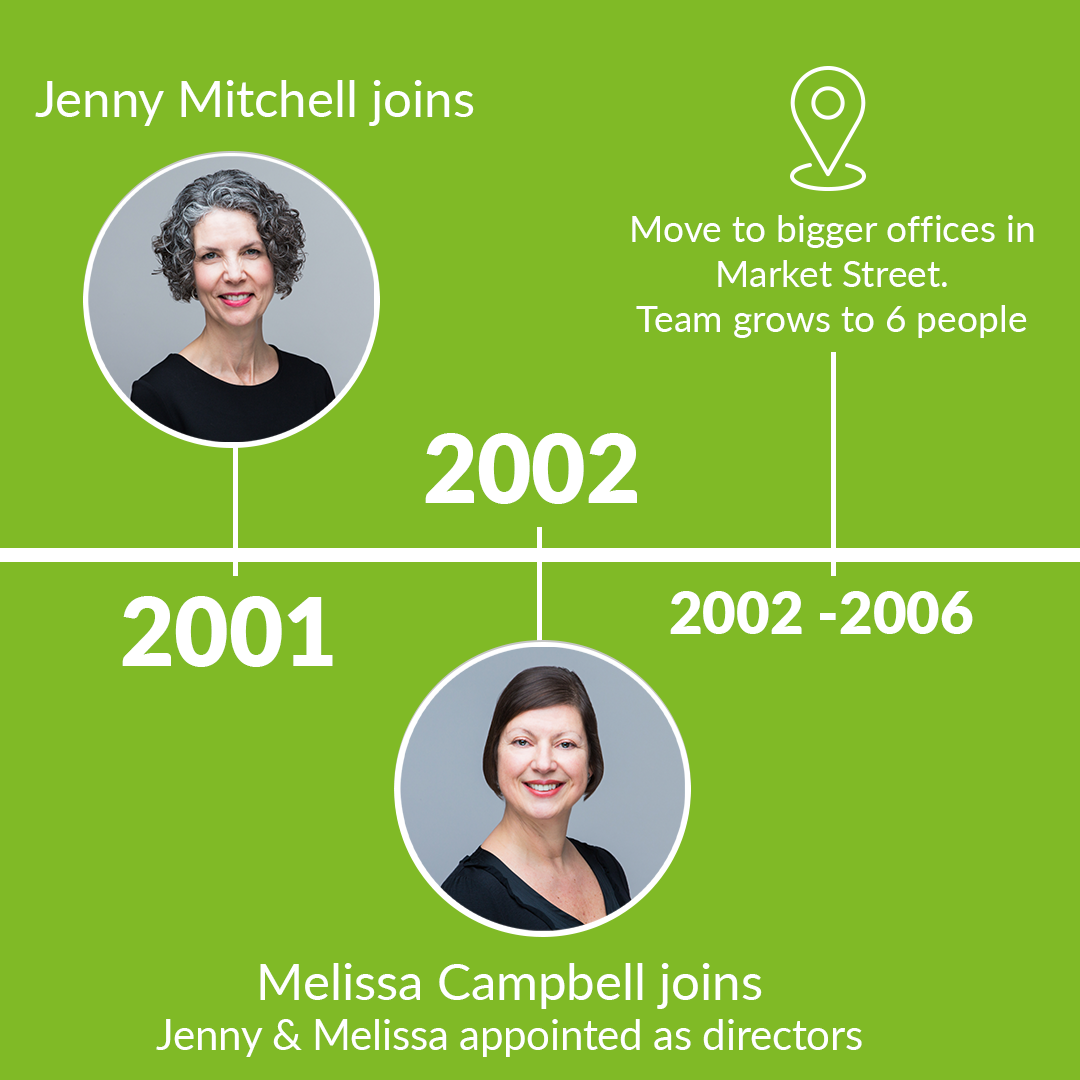 Jenny registered with Pat at Situations to find employment after returning from time in the UK and Pat suggested that she temp for Situations for a while, as they needed some extra help at the time.  Jenny started work in February 2001, she quickly became a permanent Consultant and hasn’t looked back since!

Melissa was keen to work for a recruitment agency and wrote to Situations asking if they had any current vacancies.  She was appointed as a Consultant on the temp desk in May 2002.  In November of that year, both Jenny and Melissa were made Directors of Situations with succession planning in mind.

In December 2002, Situations had expanded further and needed bigger premises, so we moved to the current offices at Wolverton Place, Market Street, which had been refurbished to our specifications.  By 2006 our team had grown to 6 staff. 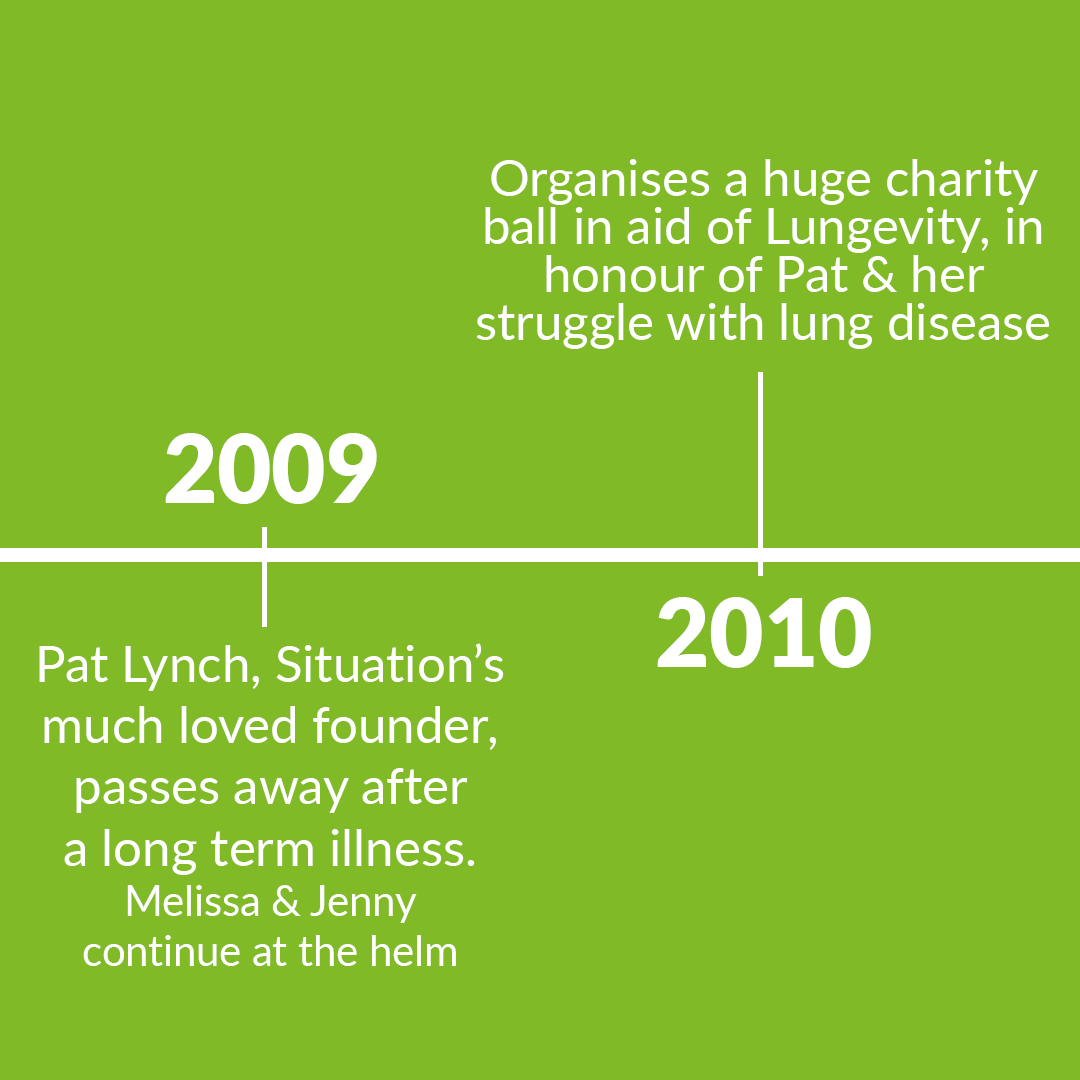 In September of 2009, after suffering for some years with a serious lung condition, Pat Lynch sadly passed away.  Patrick Lynch had been a silent shareholder for several years by that point.  Jenny and Melissa continued to manage the business and became Shareholders.

2010 - Organised a Charity Ball in aid of Lungevity

In June 2010 in honour of Pat and her struggle with lung disease, we organised a huge charity ball with nearly 300 attendants at St Pierre Park Hotel and raised thousands of pounds for Lungevity, the Guernsey charity which supports people with lung conditions. 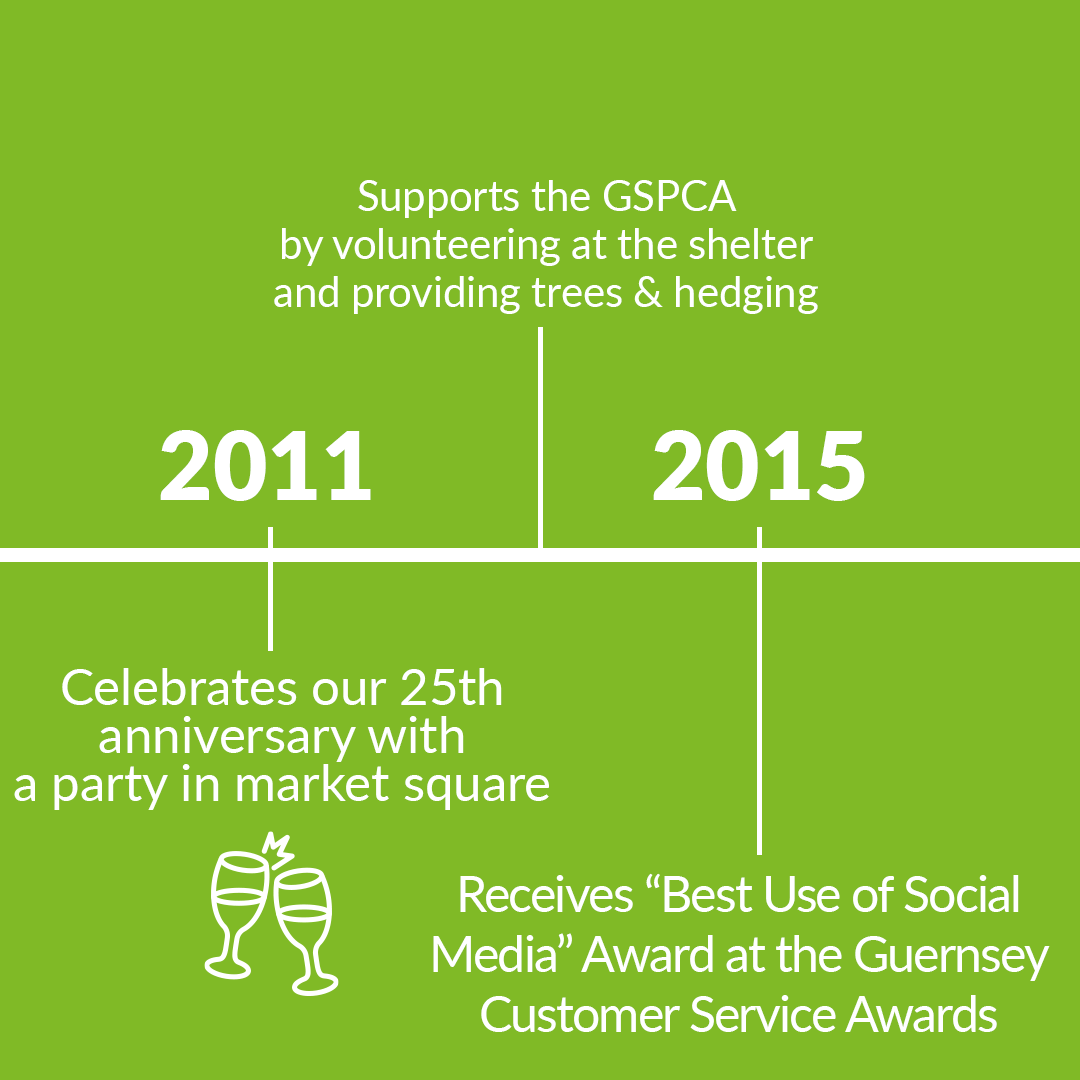 In summer 2011 we celebrated our 25th year with a lovely drinks party for our clients and guests held outside in Market Square.

From 2012 to 2015 all of our staff volunteered at the animal shelter, including walking dogs, cleaning out cages, sweeping up, etc. In 2015 when the GSPCA opened their new cattery, Situations provided the shelter with trees and hedging for the surrounding areas.

2015 - Received Award for Best Use of Social Media

In summer 2015 after a strong application, we were delighted to be awarded Best Use of Social Media at that year’s Guernsey Customer Service Awards. 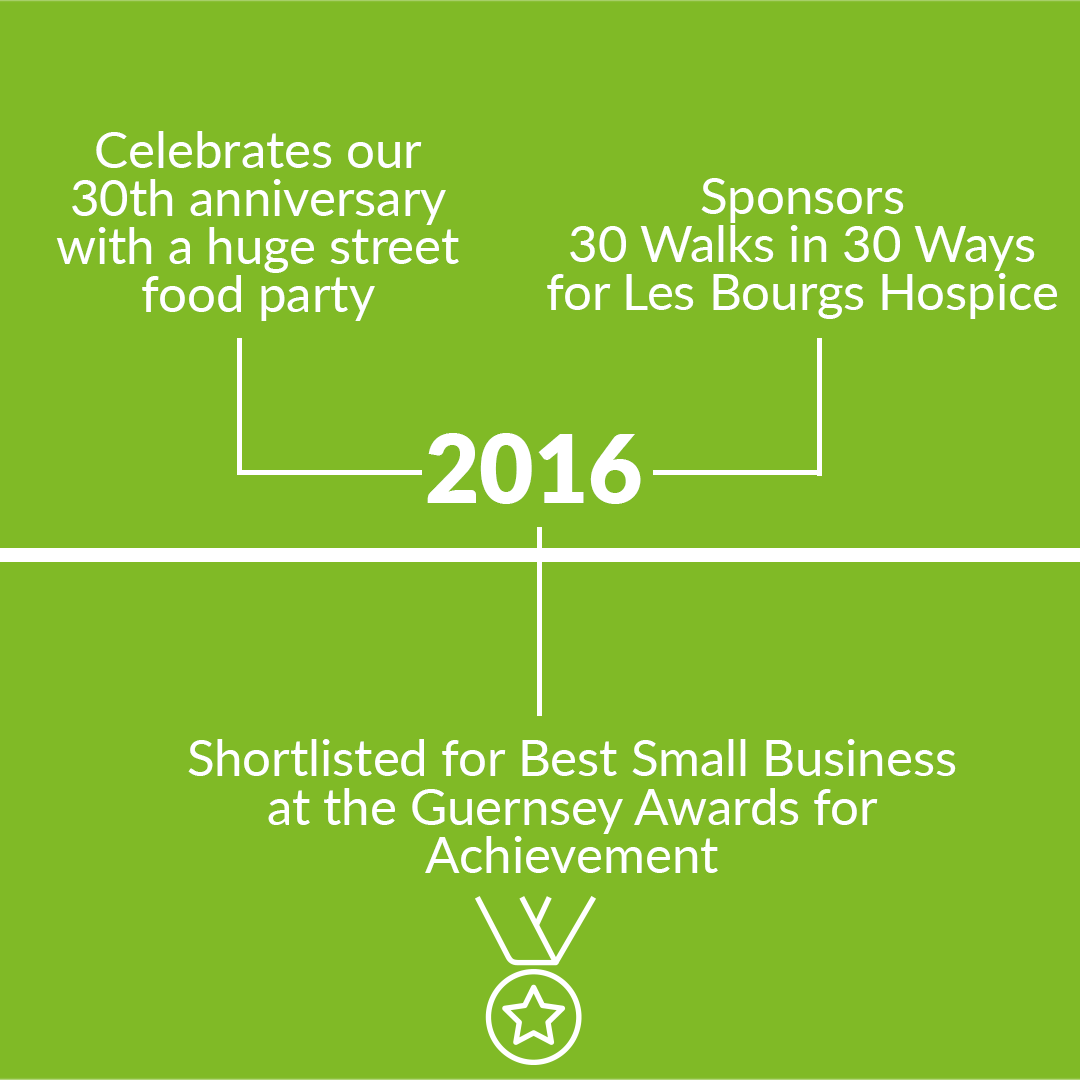 Still going strong after 30 years and with a growing team, Situations celebrated again outside its office on The Market Terrace with a huge street food party for its clients and guests.  Many different kinds of food (and drink!) were sampled that evening.

Situations entered a lengthy application to Guernsey Awards for Achievement for the Best Small Business Award and were 1 of just 3 companies shortlisted.  After giving a long presentation to 3 prominent local business people, we were just pipped to the post by the winner.

Throughout April 2016, Situations sponsored the “Walk 30 Ways in 30 Days” campaign to raise much-needed funds for Les Bourgs Hospice, with the bright green Situations’ t-shirts being seen all across the Island that month. 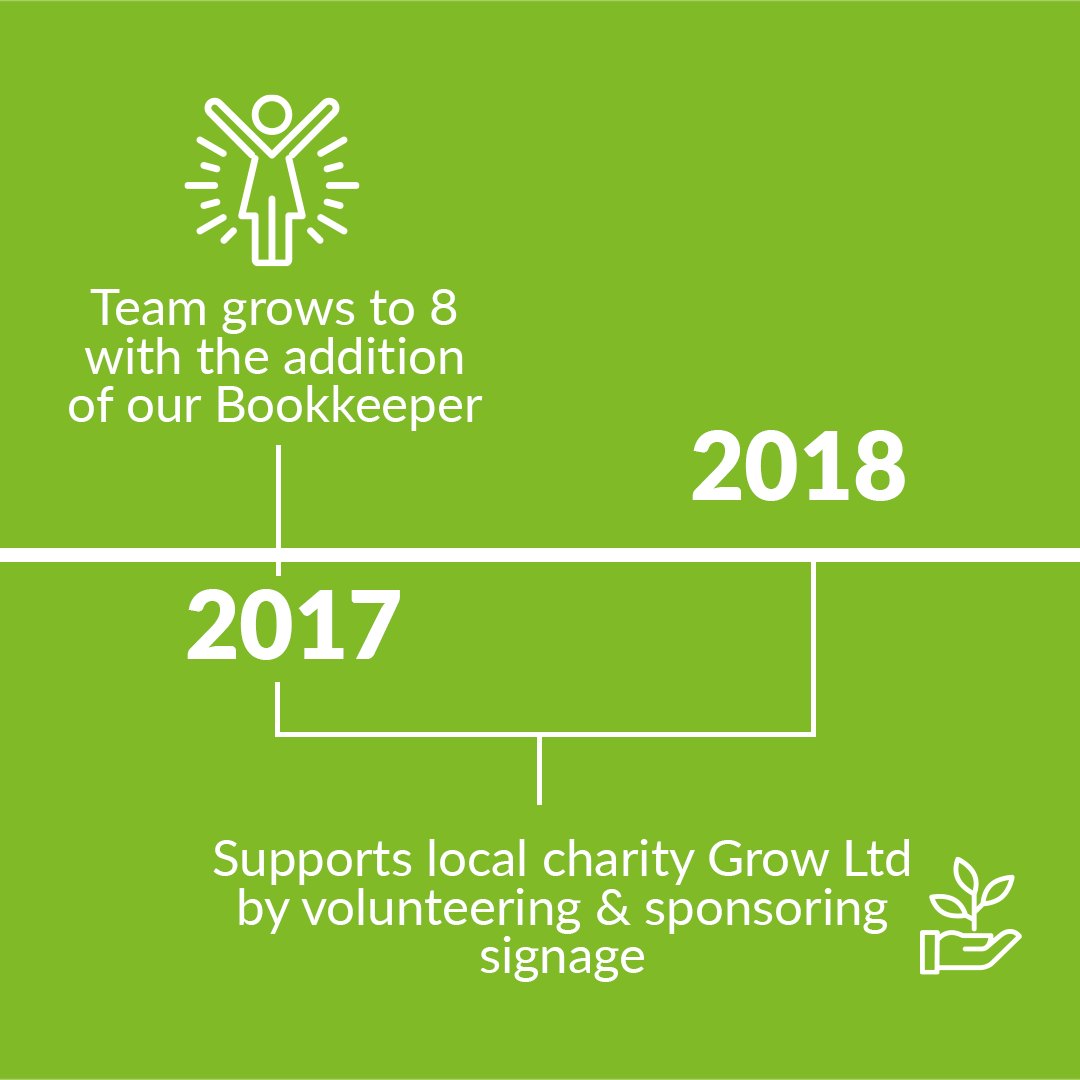 In 2017 all of Situations’ team volunteered at local charity Grow Ltd, which provides employment for people with learning disabilities and sells plants and produce.  We re-potted plants, reorganised some of the greenhouses and generally cleared up.  We loved our time there and the Grow staff were so friendly.  The following year we sponsored all the signage at their garden centre.

In 2017 our team grew again with the addition of a permanent Bookkeeper (really not Jenny’s or Melissa’s strong point!)

For the last 3 years, in association with the CIPD, several of our staff have been giving their time on a regular basis visiting local students at various schools and colleges to provide careers advice, CV preparation tips and interview skills.  We plan to continue providing that support to Guernsey students again this year. 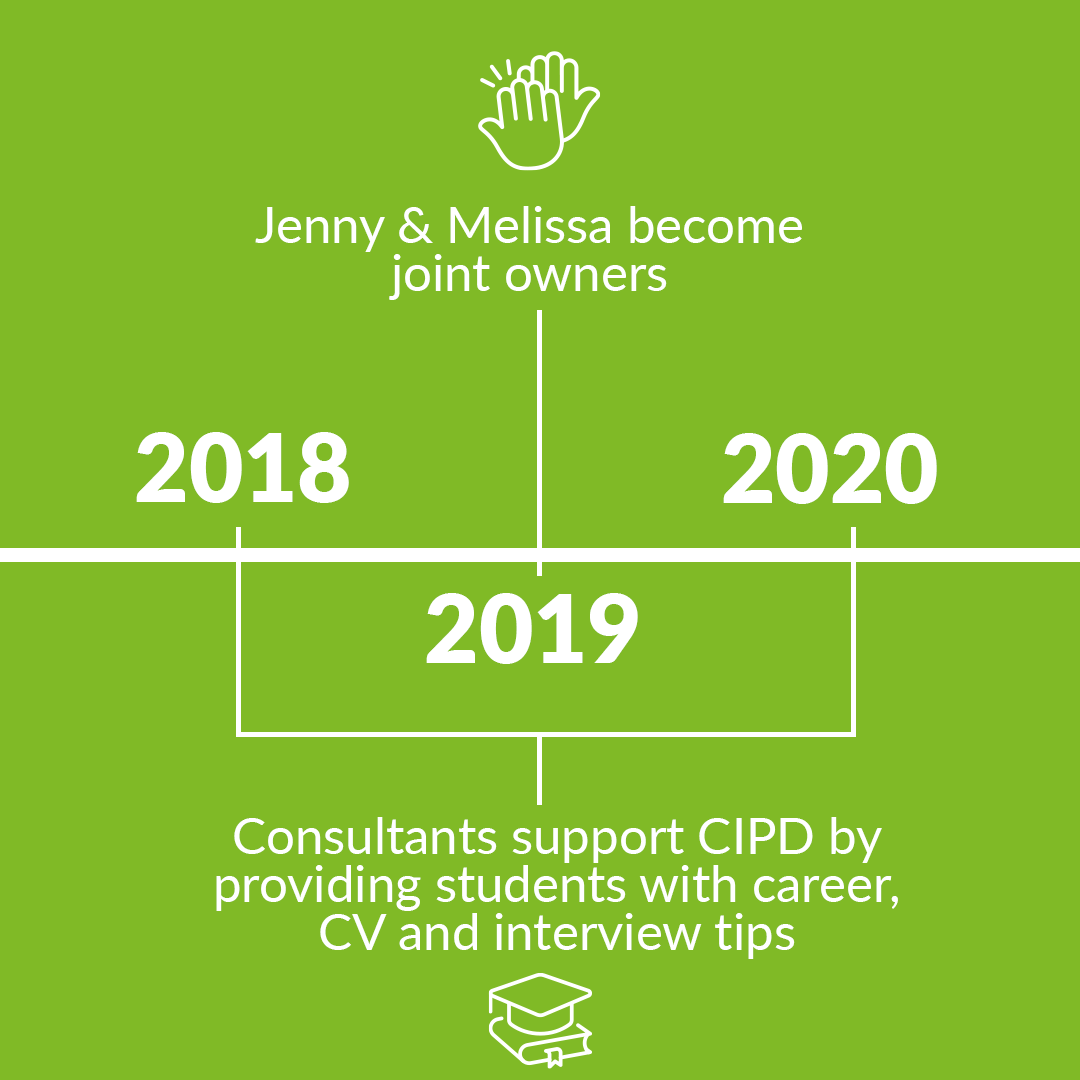 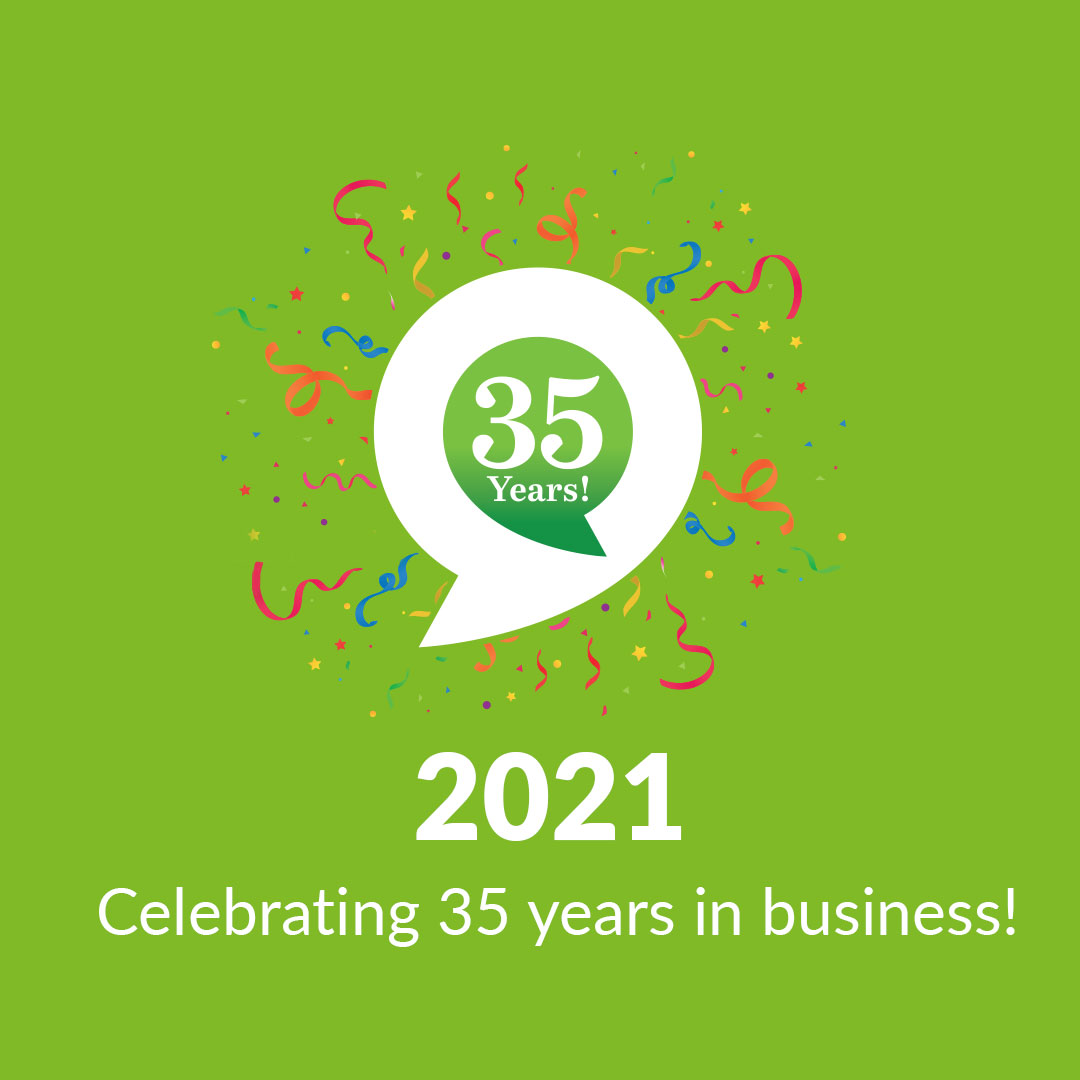 And here we are today!  We’re so delighted to be celebrating 35 fantastic years in business, with a wonderful team on board providing such a professional and supportive service to the Guernsey community.

‹ Back to Blog
Celebrating 35 years in Business! ›